During the last week 32 Ukrainian organic producers revealed the export potential of Ukraine and presented their organic products at the world’s largest trade fair of organic food products “BIOFACH 2022”, which took place in Nuremberg (Germany) from July 26 to 29, 2022.

This year “BIOFACH 2022”, for the first time since the COVID-19 pandemic, was held in an offline format and in an unconventional period – during summer, and gathered more than 24,000 visitors from 137 countries of the world.

Despite the full-scale war, Ukraine was represented by 2 stands with a total area of 200 m2:

During the exhibition, a congress was traditionally held, the program of which included more than 120 thematic sessions, in particular, devoted to the current organic market development and trends, political and legislative changes.

Also, a lot of attention was paid to the issues of Ukraine, in particular the state, problems and support programs of the organic sector of Ukraine. Andrii Remizov, Acting Director of the State Institution “Entrepreneurship and Export Promotion Office” (Ukraine) disclosed the acute issues of the organic sector to the international community and demonstrated Ukraine’s organic export potential.

Andrii Remizov took part in three thematic events: “CEE session: Organic targets in the shadow of war – How does the military conflict affect agricultural policies of the CEE region?”, panel discussion “Organic farming in Ukraine 5 months after the beginning of the war – status quo and outlook”, session “Accelerating the development Organic Sector in Eastern Europe”.

Representatives of foreign diplomacy also visited both Ukrainian stands and expressed their support and gratitude to the participating companies for continuing their work in war conditions. Ukrainian stands were visited by such high-ranking officials as Mr. Janusz Wojciechowski, European Commissioner for Agriculture, Mr. Cem Özdemir, the Federal Minister for Food and Agriculture of Germany and others. It should be noted that the European leaders visited a total of 7 exhibition pavilions, 2 of which were Ukrainian.

According to the results of 4 days of work, the exhibitors of the National Ukrainian Pavilion signed the first export contracts and held more than 1,300 business meetings with potential foreign partners from the USA, Canada, Switzerland, the countries of the Middle East, and the EU.

In February 2023, Ukraine will traditionally be represented at BIOFACH 2023. This will be the 10th participation of Ukrainian organic exporters at the trade fair. The organisation of the National Ukrainian Pavilion will be carried out by the State Institution “Entrepreneurship and Export Promotion Office” (Ukraine). The key topics of the event will be organic agriculture, climate protection, and health care.

You can watch the video about Ukraine at “Biofach 2022“.

More information about Ukraine at “BIOFACH 2022” on the Ministry of Agrarian Policy and Food of Ukraine website. 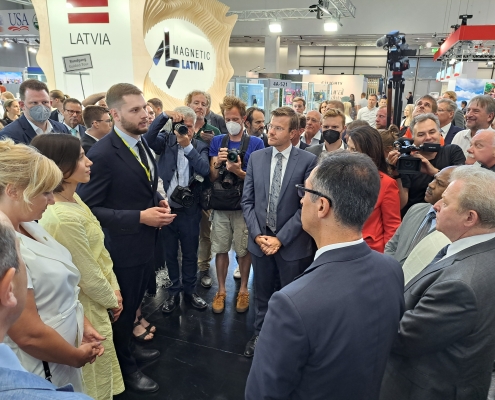 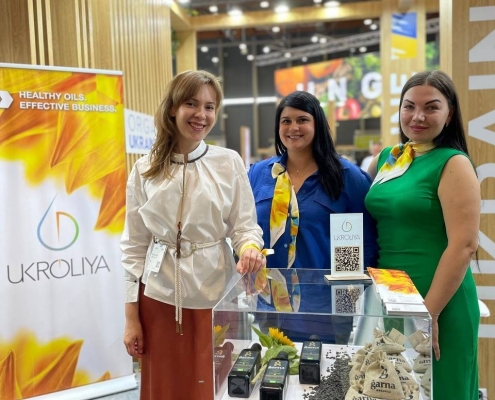