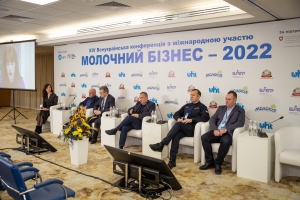 The first session traditionally began with an Ukrainian dairy industry overview, which was presented by Vadym Chagarovsky, Head of the Dairy Union of Ukraine.  Mentioning major industry indicators, which accelerated their deterioration with the start of hostilities, he noted that this trend would continue until the state starts providing support for development of animal husbandry and dairy processing.

In his opinion, after the end of the war, it will be necessary to focus on the growth of livestock and volume of milk production, which allow engaging the part of the processing capacities which are currently in reserve mode.  At the same time, he emphasized that developing the industry, stress should be made on the deep processing, and this needs modernization of dairy enterprises.  Vadym Chagarovsky also emphasized the need to protect the domestic market, change marketing strategies and use membrane technologies in Ukrainian dairy processing.  Speaking on dairy exports, on behalf of Ukrainian dairymen he expressed gratitude for the timely and generous decision of the European Union to cancel tariffs and duties on import of Ukrainian goods to EU countries.  This, in fact, saved Ukrainian dairy industry, where due to hostilities and the migration of several million consumers there appeared a surplus of raw milk and, accordingly, the threat of dairy livestock destruction. During further discussions, all delegates also noted the special role of this EU decision and expressed gratitude for the provided opportunity to sell products to Europe, which, in fact, saved the country’s dairy industry.

Olena Dadus, Deputy Dept Director, Head Dept of Agrarian Development of the Ministry of Agrarian Policy and Taras Vysotskyi, First Deputy Minister of Agricultural Policy of Ukraine, continued the topic of the state participation in solving the problems of the dairy industry, the importance of which was emphasized in the presentation of Head of the Dairy Union of Ukraine.  They both expressed their gratitude to Ukrainian milk processors and the Dairy Union, for their active and hard work in creating the right conditions for the development of the industry and supported the thesis expressed by Vadym Chagarovsky about the feasibility of applying a combined model of dairy business development in Ukraine.  This model means the coexistence of both large dairy farms and processing enterprises, as well as small family farms and small processors.  Olena Dadus also expressed her opinion about the importance of Ukrainian milk producers and processors developing a common position with which it would be possible to approach European investors.  She called to work on adapting Ukrainian technical regulations to the European requirements and to do it now, without postponing until the end of the war.

Arsen Didur, Executive Director SMPU, spoke about the relationship between dairy producers and retail networks.  He spoke about the long and hard path to the settlement of these relations at the legislative level and expressed an optimistic assumption that the problem would definitely get settled and the law will be adopted, similar to those existing in the legislation of the EU countries, and this will help to get rid of the problem and bring mutual relations of dairy suppliers and retail networks into civilized framework.

The second session was moderated by Maks Fasteev, Partner to Infagro projects.  He presented analysis of the changes that took place in the country’s economy as a whole, as well as changes in the balance of the country’s dairy market.  How these changes affect consumer behavior and retail strategy were discussed in their speeches by Kyrylo Yezhov, Business Director KANTAR Ukraine,  and Daryna Rieznikova, Category Manager Dairy/Frozen/Bakery,  Metro Cash & Carry.  The participants of the panel also discussed the need and the prospects for the implementation of the “School Milk” program, which was presented by Vadym Chagarovsky.

Dairy export issues were discussed in the third session moderated by Iryna Vysotska, coordinator of the “Dairy sector” component of the Quality Food Trade Program.  Alice O’Donovan, EUCOLAIT’s Policy and Legal Advisor, presented an overview of the global dairy trade and identified forecasts and promising markets.  Vasyl Vintonyak, Director INFAGRO analytical agency, spoke about changes orccured in milk exports of Ukraine during the war, once again emphasizing the role of the cancelling of tariffs and duties, which was timely proposed by the EU leadership.

Yuriy Shevchuk, Director fir Dairy Business Development of Olam Food Ingredients Ukraine, spoke about the peculiarities of international trade in conditions of very limited logistical possibilities, and once again emphasized the need for product branding for successfull trade on the international market.

The conference was also attended by representatives of energy companies – Yuriy Podolyak, General Director of IKNET, and Ukrzaliznytsia – Valeriy Tkachov, Deputy Director Department on Commerce.  In the conditions of the widespread power outages and complete absence of the sea transportation, which used to export 75% of goods from Ukraine before the war, participation of the representatives of these companies was interesting for the delegates.  The representative of the energy industry emphasized the need to take into account all the necessary factors when making a decision to provide their enterprises with an autonomous power source, and not to assume that the problem can be solved by just buying a generator.  Valeriy Tkachov called on dairy exporters to use the possibilities of transportation of their produce by covered wagons, as well as counter-trailer and container methods of transportation of dairy by Ukrzaliznytsia.

The conference has taken place. Fortunately, it was not interrupted by air raids, missile attacks and there was no need to hide in the bomb shelter.  The constant availability of electricity was provided.  The offline conference delegates, most of whom have been meeting at the DAIRY BUSINESS conference for 14 years, had the opportunity to meet and exchange ideas in a familiar and warm atmosphere.

The organizers of the conference express their gratitude to all the participants, sponsors of the conference – companies Loostdorf, Molokija and Bilotserkivska Agro-Industrial Group.  We also appreciate the possibility of holding the event thanks to the support provided by Switzerland within the framework of the Swiss-Ukrainian Program “Higher Value Added Trade from the Organic and Dairy Sector in Ukraine” implemented by the Research Institute of Organic Agriculture (FiBL, Switzerland) in partnership with SAFOSO AG (Switzerland). 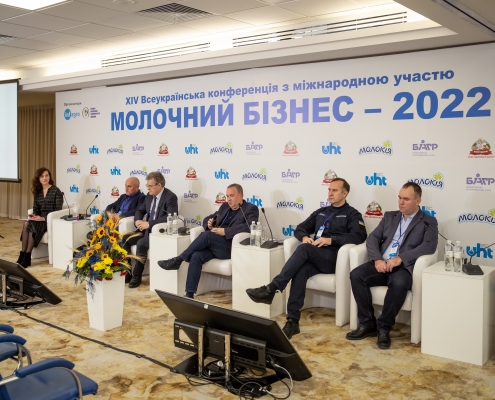 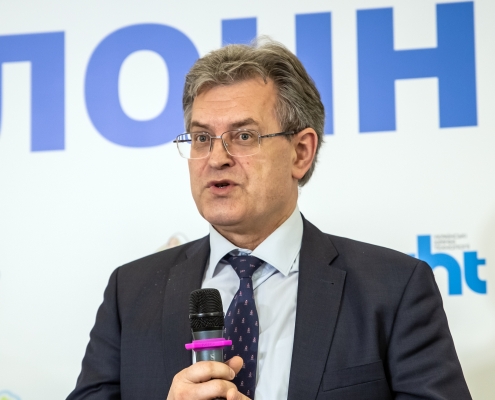 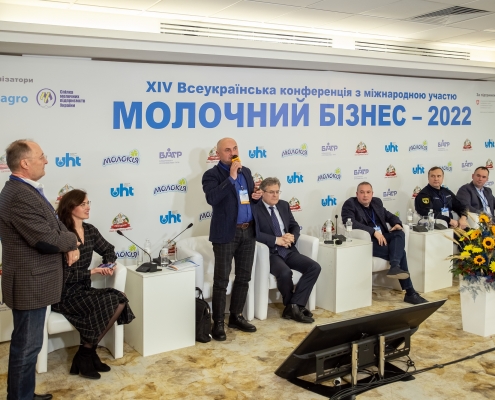 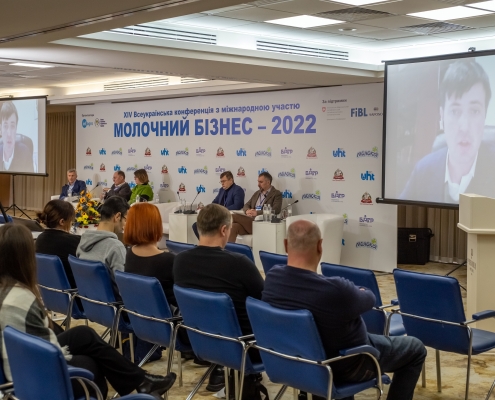